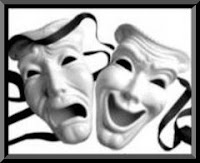 Baritone Ed Moran will sing the role of Sam in our upcoming production of Trouble in Tahiti. As one of the show's Co-Producers we thought you might find it interesting to hear some of his thoughts on the show and what his experience has been thus far as a Co-Producer.

Q: What excites you most about this show?

A: I performed in this show a hundred years ago during my undergrad at the University of Alaska and believe it or not I actually sang the Tenor part in the trio. Trouble in Tahiti was the first Opera I was ever in and it has excited me ever since. The music is stunning particularly because of the juxtaposition of the trio, which is very jazzy, against the two main characters Sam and Dinah who sing with a very operatic lyricism. The interaction between Sam and Dinah is very exciting and yet also very puzzling to me. At times I look at them and think, they really do love each other they just argue like any other couple, then at other times wonder, how are these two still together? I guess because I am an optimist, I look for the happy ending in this show and see the drama as just an average day in the life of Sam and Dinah. 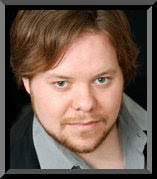 Q: Is there a defining moment in your life when you decided that Opera was your lifes calling.

A: Yes, very much so. While I was in my undergrad at U.A.A. I began to sing in the Chorus with Anchorage Opera. My second or third show with them was Verdi's Un Ballo in Maschera. In this production the scene just before the ball took place in front of the curtain. While this was happening the chorus, in all of their fanciest ball costumes, took the stage behind the curtain. As the curtain swiftly rose, the entire Chorus took two giant steps directly towards the audience. At this precise moment there was an audible gasp from the audience and the energy that ensued gave me goosebumps. Later on in the act, after Renato had be assassinated, I had the good fortune of being placed very close to the front of the stage. Each night I could look past the "4th wall" and see the audience sobbing in their seats. I decided at this moment that this would be my path. I absolutely adore that I get to take people away from their own world for a few hours and bring them into a world of beautiful music and drama. There isn't anything better for me on this earth.

Q: Can you give us a little sneak peak of what your show is going to look like?

A: Well... I suppose I can give you just a little sneak peak...  I really wanted to show how Sam and Dinah's life together (or at least this particular day in it) is shallow and one dimensional. For this reason we are playing around with silhouette's. The scenes with Sam or Dinah will be projected onto a flat surface and everything with be as deadpan and flat as possible. To experience the entire vision you will simply have to come and see the show. 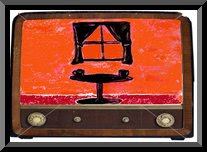