Behind the Baton - Maestro Gordon Gerrard 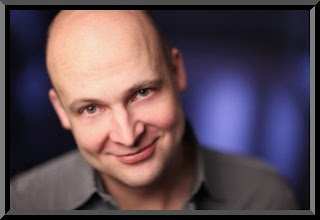 Making his debut with VanCOCO is Maestro Gordon Gerrard. Maestro Gerrard is no stranger to Vancouver having worked as principal repetiteur with Vancouver Opera a number of years ago. We are fortunate and excited to be able to have him return to Vancouver to take the helm for our upcoming performances of Rigoletto. Maestro Gerrard graciously took some time out of his busy schedule to share with us a glimpse at the man behind the baton.

(Q) What is the most exciting thing about Rigoletto for you?

(A)  I had listened to recordings of Rigoletto for years, and I had even worked on the famous bits (Gilda’s big aria and the famous quartet), but when I moved to New York to go to grad school, Rigoletto was the first opera that I saw at the Met. It’s an experience I will never forget. This music is amazing! Rigoletto is about midway through Verdi’s operas, and by this point he had perfected something magical. The way that he wrote for the voices is unlike anything else in the operatic repertoire. The music is so completely conceived for the human voice. He knew more than anyone before him exactly how the human voice works, and how it can connect with the emotional guts of any listener.

(Q)  How did you get started with opera?

(A) I came to opera a little later than some. I grew up in a small town in Manitoba, and opera was not high on the list of activities for a Saturday night. I saw my first opera when I was an undergrad at the University of Manitoba (Hänsel und Gretel). I had at this point started to play for a lot of singers at school, even though my degree was in solo piano. I went to a summer art song festival where I met my now friend and mentor, Michael McMahon, who encouraged me to apply for the brand new opera training program, Opera Nuova in Edmonton. I thought I was unqualified to go, and I said to him, “I don’t know anything about opera!” He replied, “Well, it’s about time you learned.” I’m happy to say that I’m still learning. 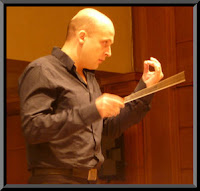 (Q) What might you say to someone who has never been to an opera before to get them excited about this particular show?

(A) One of the criticisms that’s often leveled against opera is that the people and situations are too unbelievable for us to engage. Rigoletto is not to be included in this category. The first time (and every time) I see this opera, I am bowled over by the inescapable plight of poor Rigoletto himself. There’s a tragic inevitability about the story; we can see the outcome approaching a mile away, and Rigoletto cannot. As the opera charges on, you can’t help but become involved. You want to tell Rigoletto to change course, but of course you are stuck in your seat, helpless.

(Q) And one last question, everbody has a guilty pleasure when it comes to music, what yours?

(A) Eek. Well I’m kind of a music nerd. My iTunes is nearly all classical. I do own a couple of Rufus Wainwright albums. I recently discovered Madeleine Peyroux, Gavin Creel and Zee Avi. Sadly, that’s about it.

Well admittedly, we were sort of hoping to hear that the Maestro likes to listen to a little Jay-Z or Snoop Doggy Dogg when not waving his arms around passionately, but we know what it's like to have an iTunes account and be frustrated at the lack of classical categories like Romantic, 20th Century, and Baroque! To read more about Maestro Gerrard, click here go directly to his bio!

Stay tuned for our next blog update featuring the multi-talented Tenor, Frédérik Robert who will be joining us again to sing Il Duca after an impressive and memorable jump in as Don Jose in our January 2011 production of Carmen!
Posted by Ed Moran at 10:44 PM