"Imagine that you were living in Europe 250 years ago? What did people do for entertainment? Go to a movie? Turn on the radio? Play a video game?  Not then. You might have read a book (if you could read), played an instrument (if you were lucky enough to have one), or listened to another perform (if you had a talented friend). Life was quite a silent existence.  To hear a group of instruments or voices together would truly have sounded like heaven. Going to plays were a favourite pastime, but live music could not be played at the same time as the actors spoke. There were no microphones. Their voices would be drowned in the musical drama, but it is the music that creates the real drama. Imagine Star Wars without the music. To bring acting and music together, voices were needed that were powerful enough to project above an entire orchestra of instruments. Ah yes, there is actually a reason why opera singers sing so loudly! Opera was the only medium of the day that brought together instruments, singing, dancing, drama, artistic sets, costumes, poetry, and so much more." 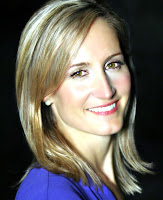 This is what Mezzo Soprano Linda Baird had to say when asked the question "What might you say to someone who has never been to an opera before to get them excited about this particular show?"

Linda, originally from North Vancouver, but who has recently relocated to Seattle, WA with her husband, is also a music educator, which is not suprizing given her thought provoking answer above. She will be joining the cast of Fledermaus as the Russian Prince "Orlofsky". Here are a few more tidbits that will help you get to know Linda a little better!

Q: When you are not immersed in opera, what is your favorite past time?

A: I love to socialize, especially with family and good friends, but really,... I’ll talk to almost anybody.

Q: What is the most bizarre thing you've done or seen on stage?

A: In 2006, I sang in Vancouver Opera’s production of Faust. During the carnival scene, the staging director assigned me to kiss with Stephen Bell for me most of that scene. Everyone around us was singing and dancing, but Stephen and I were against a wall pretending to make out for about 15 minutes every night.

Q: What will a successful opera career look like for you?

A: In opera, it’s easy to measure success by naming roles we’ve sung, venues we’ve sung in, conductor’s we’ve worked with, but for me that has not been what drives me. My view of success in opera is in how I sound and express myself. If I can bring a stranger to tears or laughter or any other emotion, then I know that they are feeling what I feel and what the composer feels. I sing because it feels so good and I love it when I can share that. That is success to me.

We're really looking forward to seeing and hearing Linda bring Prince Orlofsky to life! After seeing her quirky portrayal of this character in her audition, we're certain you will walk away smiling and thinking "Chacun à son goût!". To read more about Linda and to get your tickets to this event, visit our website!

IN BRIEF: Vancouver Concert Opera Society presents Strauss’ Die Fledermaus at Pyatt Hall in Vancouver (834 Seymour St.) on Jan 4 & 5, 2013 at 7:00pm and at First United Church in White Rock (15385 Semiahmoo Ave) on Jan 6 @ 7:00pm. “Concert Opera” sung in German with English dialogue. Tickets starting at $24 can be purchased online at vancoco.ca. CASH ONLY at the door.
Posted by VanCOCO at 11:45 AM